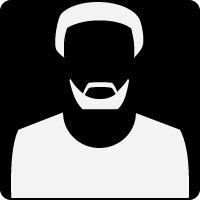 Hello, my name is John Ellis. Welcome to my site about auto service. When my vehicle is in need of an oil change or tune up, I call my local auto shop to perform the work. Although I could do the tasks on my own, I want the work done by the shop to prevent problems in the future. During the repairs, my mechanic looks over the rest of the vehicle to diagnose problems as they evolve. As a result, my vehicle almost never breaks down on the side of the road due to mechanical or electrical failure. I will use this site to explore the benefits of having a strong working relationship with your auto shop.

The fuel filter is a critical component of your car's fuel system. The filter can prevent dirt and debris from clogging up your fuel lines and the injectors, which keeps your fuel flowing as it should be. Unfortunately, all of that debris can lead to a clogged fuel filter if you're not replacing it at proper intervals. Here are a few signs you should watch for that can indicate that your car's fuel filter is clogged and needs to be replaced.

As your fuel filter starts to become clogged with debris, you'll find that your car starts to handle somewhat erratically. This happens because the amount of fuel reaching the engine will fluctuate due to the debris in the filter hindering fuel flow. You may notice that your engine is slowing or it's a bit sluggish under heavy acceleration. These are early signs that the filter is clogging up.

The further the clog progresses in the fuel filter, the more fuel-starved the engine will become. This can make it hard for the engine to respond when you hit the gas. When the problem is left to progress, you'll start to see the somewhat unpredictable behavior progress into persistent and repeated hesitation in the engine when you accelerate. This hesitation is caused by the abnormal combustion due to insufficient fuel.

Difficulty Starting or Running the Engine

Further progression of a clogged fuel filter can actually make it harder to start your car's engine. When the engine doesn't get enough fuel during the initial starting cycle, it will hesitate and sputter. As the issue progresses, the fuel flow becomes progressively more limited. This will gradually lead to not only trouble starting the car, but repeated stalling as well. Eventually, the engine will receive no fuel at all through the filter, which will prevent it from starting at all.

If you have reason to believe that your car's fuel filter may be clogged or you're seeing any of these symptoms, you should reach out to your local mechanic right away. He or she can disconnect the fuel filter and clean the ports or simply replace it with a brand new one. Sometimes, the fuel flow issue isn't with the filter, though, so it's important that you have the engine evaluated by a professional before you start replacing parts. This can save you from costly and unnecessary investments if the issue is just a clogged injection jet or something similar. Contact a repair shop, such as Bearsch's United Auto Center, for more information.